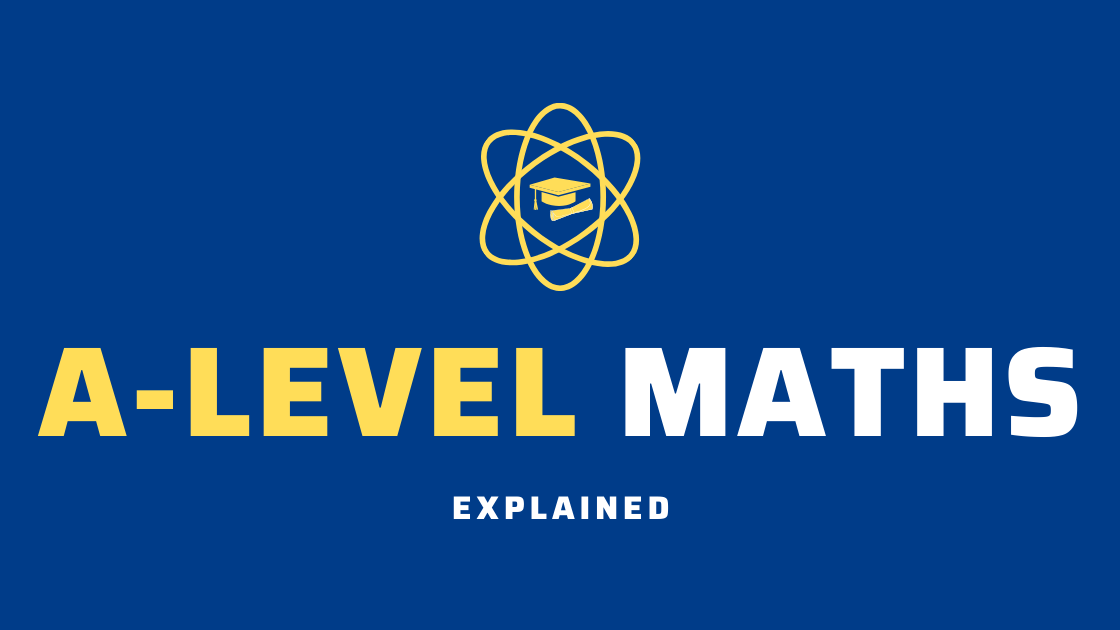 Maths has been one of the largest entry A levels in England for several years. In 2018, 90,000 students took A level maths, with just over 15,000 taking further maths. A new A level was brought in in 2017, which changed the structure of the course.

What changed in A level maths?

One of the main changes to A and AS level maths was that the qualifications become linear. This means that all the exams are sat in the same series, instead of being split across the two years of study. AS maths no longer counts towards A level maths. The two can be co-taught, but they are now assessed separately.

The applied content, which is statistics and mechanics, is now compulsory, where it used to be optional. There is no optional content at all, and all students now sit the same exams which cover the same content for everyone. Decision maths content has been removed from both AS and A levels.

Pure maths has been changed to have a greater focus on modelling and problem solving, and now teaches specific methods of proof, such as disproof by counterexample and proof by contradiction. This can include irrationality of √2 and the infinity of primes. The use of functions, parametric equations, sequences and series in modelling has also been added to the A level syllabus.

Both AS and A levels will now require the use of logarithmic graphs in order to estimate parameters in exponential relationships. Trigonometric exact values are also required, alongside small angle approximations, trigonometric functions, and geometric forms of function. Students will be expected to understand gradient functions on a curve and differentiation from first principles for polynomials, sin, and cos.

For A level only, connected rates of change have been added, as has the use of second derivatives for determining convexity, concavity and points of inflection. Students will also learn the Newton-Raphson method.

Some study areas have been removed, including the remainder theorem, volumes of revolution, mid-ordinate and Simpson’s rule, vector equations of lines, and scalar product of vectors.

The use of exponential and logarithmic models using base e has moved from A levels to AS levels. Some things have been moved from AS to A level study, including sequences given by a formula for the nth term, increasing, decreasing and periodic sequences, arithmetic sequences and series and geometric sequences and series. Radian measure, arc length, area of sector, area between two curves and the trapezium rule have also been moved to A level from the old AS course.

In Statistics, changes have been made too. Selection and critique of sampling methods and data presentation techniques have been added to AS and A levels. Also added to both is a greater emphasis on making connections when calculating probability, and statistical hypothesis testing. Adding to A level only is correlation coefficients. Nothing has been removed from either AS or A level courses. Application of the language of statistical hypothesis testing has moved to A level course from the AS level. Moving the other way from AS to A level is conditional probability and normal and binomial distribution models.

The new A level maths began to be taught in 2017, so the first group to study it sat their exams in 2019. A lot of myths sprung up about the new course, which caused a lot of nervousness and worries.

It was believed that the new A level maths was much harder than the old course. The new A level has more emphasis on mathematical rigour and problem solving, rather than the regurgitation of the same questions that have been used for years. Some students did find this harder, but this was not the intention behind the changes. This happened with the new Science A levels, which were first examined in 2017, and grade boundaries were adjusted to reflect the changes.

It was also rumoured that the AS level was being scrapped. This didn’t happen, but it is now considered a stand-alone qualification and no longer counts towards a full A level in maths. The two can be taught together, but they are distinct.

One big change was that there is no longer an option to retake modules. In the past, you could retake modules multiple times and the highest mark would count. Exam boards felt that this system did not encourage students to work at their hardest. Because of this, the course is now linear, with all the exams taken at the end of the two years of study, and there is no more option for lots of retakes. This was alarming for students but is actually in line with how A levels worked in the past before modules were introduced a few years ago. The idea is to encourage students to work hard and achieve their best through study, not endless rounds of resitting modules.

The exams have changed a little too. Questions are now synoptic in nature, which means multiple topics are mixed together in one question, and there are fewer single topic questions. This is similar to how the International Baccalaureate works and has done for some time. There is also now more emphasis on reasoning, modelling and problem solving than there used to be.

Book a place on our A-Level Crash Courses. These courses are intense 1-2 day sessions which will help prepare you or your child for their upcoming exams. Book online as soon as possible to avoid disappointment. We have courses on Pure Maths 1 & 2, Applied Maths Statistics & Mechanics and AS & A2 Chemistry.

Book a place on our GCSE Crash Courses. These courses are intense 2-3 day sessions which will help prepare you or your child for their upcoming exams. With only one crash course per subject, we recommend booking online as soon as possible to avoid disappointment. We have courses on Maths, English and Science.